The (De?)Evolution of the Shuffle in Tampa

I was inspired by my recent first visit to the beautiful St. Petersburg Shuffleboard Courts and Visual Ephemera's recent postings on Florida's vanishing shuffleboard courts to go in search of Tampa's remaining public shuffleboard courts.  The only court I knew of in Tampa is a well-maintained set of courts at MacFarlane Park in West Tampa. 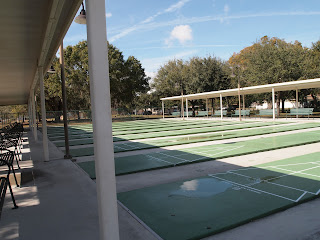 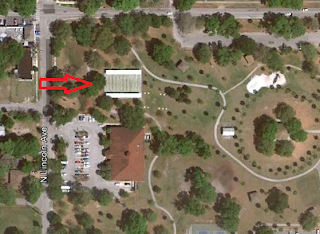 However, I found out that the reason these courts are so nice is due to the fact they were built around 2001 when the city built a new senior center at the park, furthering the stereotypical association is between senior citizens and shuffleboard is still going strong. 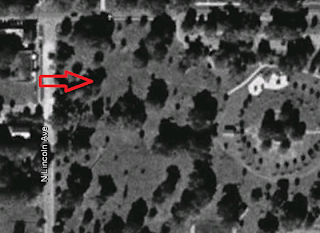 Trolling through the trusty ol' Burgert Bros. Collection I typed in "Shuffleboard" and found that a few more had existed.  The Dr. Martin Luther King, Jr. Recreation Complex on Oregon was actually a municipal trailer park during the depression era.  The original administration building is still in use and behind it sits a set of 5 deteriorating courts, I can only assume that these were the original courts in the picture below. 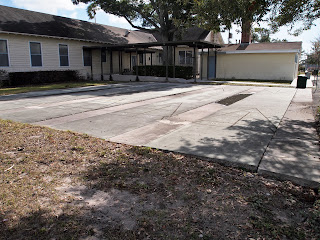 A few blocks away over on Howard Avenue the scene at Rey park is very different.  With help from the WPA the city built a beautiful park complete with a small bandshell, tennis court and shuffleboard court. 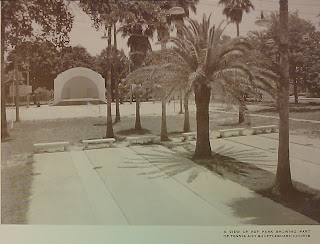