I recently did a post for Creative Loafing's Daily Loaf blog regarding the recent happenings, or non-happenings, at the Kress building in downtown Tampa.  You can read the post here.  While public safety is of the utmost importance in planning events and permitting events, bringing a long vacant early 20th century building up to today's fire and life safety codes is a long and expensive process.  The owners of the Kress building and the City of Tampa have been caught up in a preservation / development battle that is going on 5 years now.  The battle started after the loss of the historic Gary school to neglect.  After that event the city turned its eye to other threatened landmarks and the former Kress department store downtown was #1 on the list.  Below is a list of links that provides a rudimentary timeline of major events over the past 4 years:

I should be providing a few more posts for Creative Loafing.  I'll be focusing on local architecture and related events, so stay tuned.
Posted by Tampania at 12:35 PM 2 comments: Links to this post 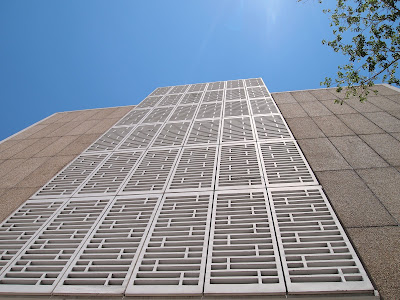 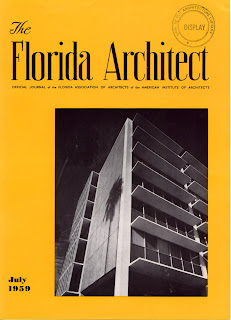 When looking at Davis Islands it can seem a strange phenomena, part residential neighborhood and part medical complex with an airport at the tip.  I recently discovered that the islands were intended by the city in the 1920s to become parkland.  Then Davis came in with his million dollar idea to turn most of the island into a residential development.  The land at the North end of the islands, North of the bridge was set aside for Tampa's municipal hospital, the City took the Southern tip and land along the channel.  The development of Davis Islands really occured in 2 phases.  Phase 1 was the initial development that occurred in the 1920s.  Only the middle section of the island was used for this development with the building of numerous apartment buildings and a few commercial buildings.  But when the Florida real estate market collapsed in the late 20s development and property sales on the islands ground to a halt.  Phase 2 occured in the 1950s with the post-war boom.  During this time an annex was built at Tampa General Hospital.  Developers gobbled up the scores of lots that were left vacant after the bust and began building new homes.  Along with the hospital expansion in the 1950s medical offices were built on the island, mostly 1 Davis Boulevard and 17 Davis Boulevard. 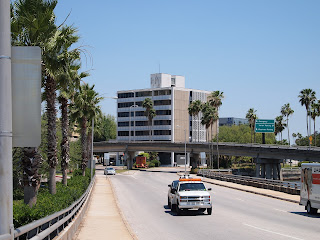 1 Davis Boulevard is one of my favorite modern structures in Tampa.  You drive across the bridge and this building sits there greeting you.  It may seem outdated, but really it is a gem!  Designed by Tampa's own Mark Hampton, part of the Sarasota School of Architecture.  The Davis Medical Building, built in 1958, must have been an interesting sight for residents used to the Spanish Mediterranean style prevalent throughout the island.  The building is a box 7 stories tall, the 2nd through 7th floors appear as a perfect square elevated above the ground on concrete columns.  The 1960 edition of the Florida Architect mentions that the blue tiled "boxes" on the ground floor house the mechanical functions and operational offices for the building.  These elements do not extend the full height of the ground floor, but stop a few feet below the Second level.  Plates of glass fill the gap and enclose the lobby, furthering the feeling of an open area below the box.  One of the most interesting details is the fact that the East and West facades are covered in sand colored gravel the surrounding sidewalk area of the lot is also covered in the same material, although it has been heavily worn away.  Typical of the modern era the North and South walls are filled with windows that are shaded by concrete overhangs.  The East and West walls have fewer windows clustered towards the middle of the building, they also sport the same overhangs but sunshades are placed over them, these elements carry a distinctively mid-century pattern. 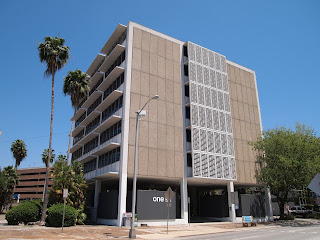 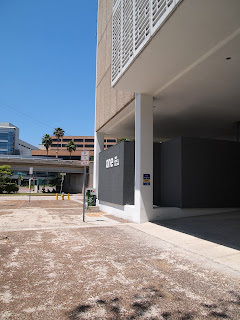 Posted by Tampania at 6:45 AM 3 comments: Links to this post

Demolition of the 1925 Crane Company building in Channelside began in mid-September.  I tried to photograph the progress, you can see my efforts below.  While the building was given a generous remodel in 2000, the fate of this building was sealed during the boom.  The site was designated for a development called the Martin.  It appears that much of the material from the building is going to be salvaged. 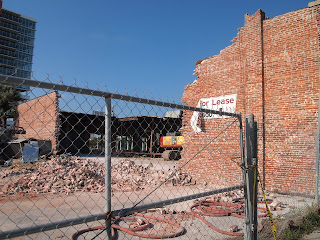 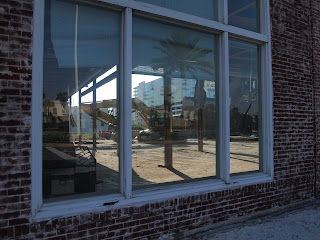 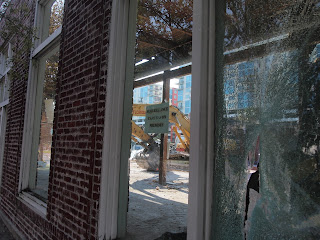 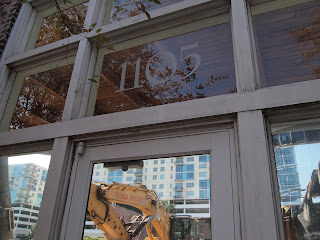 Read more »
Posted by Tampania at 7:30 AM No comments: Links to this post